I think it might be my second interview with an author who writes Asian fiction, and absolutely thrilled to share her book with you this morning!

Though…you won’t be able to see the shiny cover until tomorrow because tomorrow is the official cover reveal of Moriah Jane’s Souji!

In the meantime, grab a cup of hot tea and get ready for my fun chat with Moriah all about her upcoming novella, her love for Japan, and research-related questions!

Also, be sure to checkout the details about the Souji Book Launch Party coming up this Tuesday evening!

The age of samurai is coming to a close.

As the emperor claims his new capital in Edo and brings his imperialists with him, the terminally ill Okita Souji must flee his home to seek solace from his elder sister, Kin. But as his health continues to decline and the reality that his way of life, the way of the samurai, has been lost forever settles in, Souji struggles to grasp meaning and purpose for the remainder of his frail existence.

Is there a life beyond the sword for Souji and if there is, can he lay down his katana forever?

– Welcome Moriah! I am so excited to be chatting with you today! For those who don’t know you, can you share three words to describe yourself?

Hello! Thanks so much for having me! Hmm… I would say: quiet, passionate, and sarcastic. I can be pretty chatty on social media but I’m usually pretty quiet in person! I’m very passionate about the things I love (like Japan and vampires) and will ramble forever about my interests. Sarcasm is like second nature to me, too, though I’m only sarcastic with people I know like/don’t mind it. 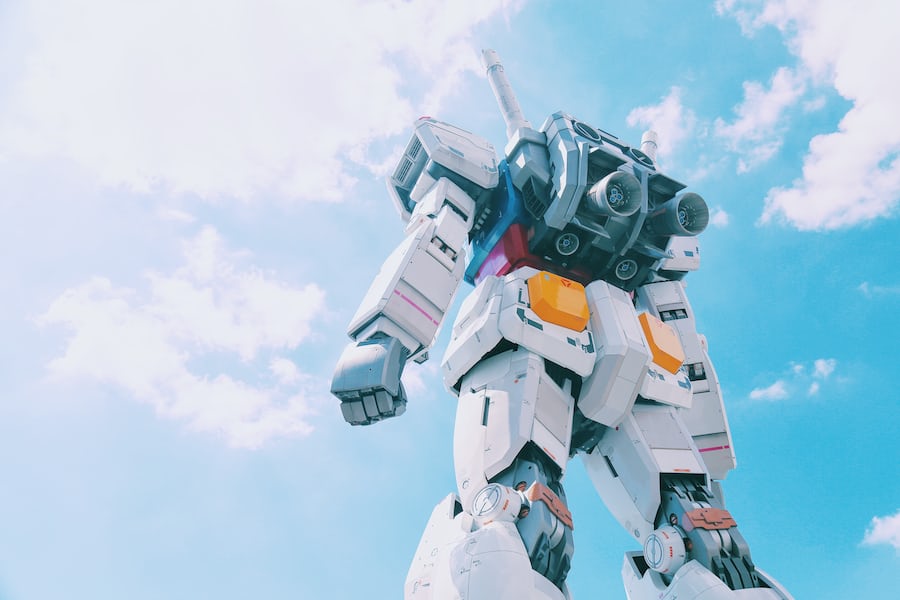 – I can definitely see this! 😀 I think it’s so cool you an adamant lover of Japanese culture! What “kicked off” your interest in Japan, specifically samurai?

Definitely anime. For quite a while, I was super into China. I was practicing Chinese and even had a qipao dress! But after I got into anime during my late middle-school years, I began to fall in love with Japanese culture and soon the country itself. The more shows I watched depicting their customs, traditional wear, food, and folklore the more my fascination grew! Eventually, I started researching their culture (because we all know that films and shows aren’t always accurate, lol) and now, Japan is now my favorite country and culture.

– That’s awesome! I love how shows and anime can inspire us to research deeper about something! Congrats on your upcoming release of Souji! Do you have any celebration plans? Will you wear blue and white in Souji’s honor?

Thank you! My celebration was ordering myself some manga! Of course, that’s typically how I celebrate anything, haha. Hmm, I hadn’t thought of that but perhaps I will! 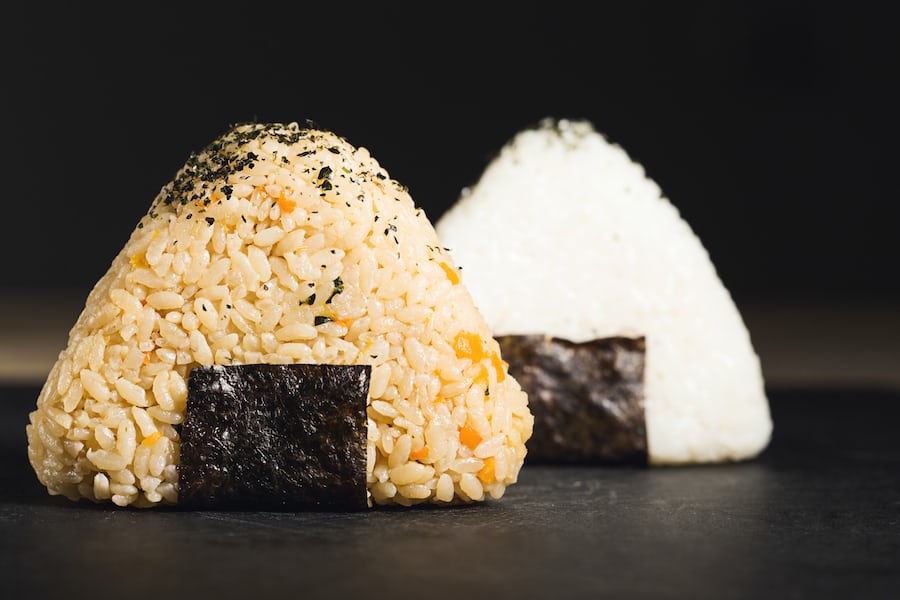 – Not a bad way to celebrate if you ask me! LOL! Speaking of celebration, I loved all the scenes with Souji drinking tea and/or eating some yummy food (even though reading this story made me hungry LOL)! Did you ever catch yourself wanting to snack while writing or take a break to go eat?

Oh yeah. Rice is one of my favorite Asian dishes aside from chow mein. I was definitely craving all those yummy rice balls! I don’t recall taking a break to make tea (when I’m in the zone, I can’t eat or do anything to break my concentration) but I definitely do drink a lot of tea. I usually brew at least two cups a day! My go-to is aloe tea or fruity teas.

– I loveeee fruity teas! They are my favorite and a go-to for me too when we have much cooler temps! When doing research for Souji, what is something fascinating you learned about Okita that you didn’t know before? Did you weave it into this story?

I didn’t know Okita had a second elder sister! I was already familiar with Mitsu but didn’t know about Kin. I was truthfully very excited to discover her while researching. She is a blank slate, that I know of considering the limited information America has on the subject, and thus the perfect candidate to build a fictional story around.

I was also surprised to read that Okita had an adopted older brother! To make a long story short, Mitsu was adopted into Kondo Shusuke’s family (the same Kondo who would later adopt Shinsengumi leader Kondo Isami) so that she could marry back into the Okita family by wedding Okita’s adopted older brother, Rintaro. I imagine she had to have loved him very much to go through all that hassle!

I was able to weave some of those pieces into the story, but mostly just by mention. However, I’d love to write a prequel and have both Mitsu and Rintaro play larger roles! 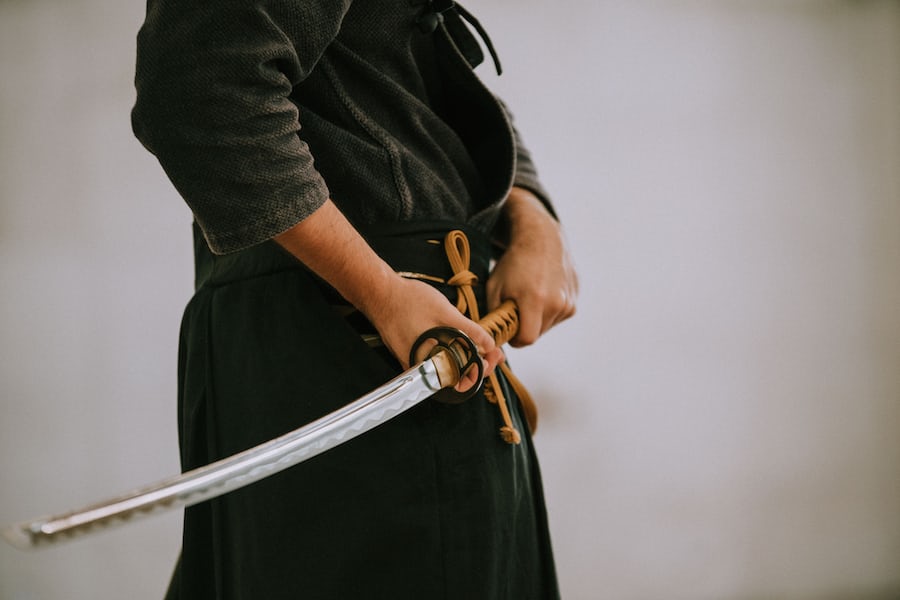 – How cool is that! Also, I really liked Kin! She was so sweet! Usually, I would ask if an author could go hang out with one of their characters for a day, who would they choose, but let’s change it up! If you could have tea with Okita Souji, what is one question you would be interested in asking him?

Oo! That’s a tough one. I would probably ask about his relationships! I’d love to hear about who his best buds were and worst enemies. Specifically, I’d ask about Saito Hajime. Historians believe that, contrary to Hollywood film, Okita and Saito were at odds. It’s rumored they did not get along and I’d be curious to hear why.

– Ooo!  I would also be curious to know why as well! For more last question, what advice and/or tips would you give to writers who want to write a historically inspired story?

Double check everything you write, even if you’re positive it’s correct! I saved myself from quite a few slip ups by double checking my facts, even when I was sure they were correct (surprise! A few weren’t). Researching the topic well is definitely a plus too. Some of my content and scenes were directly inspired by incidents I read about during research!

– That’s fantastic advice! Thanks so much for sharing and chatting with me, Moriah!

Moriah Jane strives to fill bookshelves with clean, high quality, and immersive stories. She writes fantasy, urban being her favorite, and loves writing for young adult and middle grade readers. She also enjoys drawing characters and wearing Victorian-eques clothing. Connect with her across social media!

Grab your favorite hot tea and prepare for a fun evening of bookish questions, giveaways, and games. Special guest Noelle Nichols will also be joining in the fun!