I love branching outside of my “usual” genre.

Today’s book feature is no exception as it’s a superhero story and I’m thrilled to be sharing about it, especially since the author is a good friend of mine.

If you’ve been wanting to get to know Yaasha Moriah or learn more about her book, Without A Vision, then come join me as I ask her a variety of questions concerning her being a phoenix, publishing, and super powers.

The power of her visions is fading…

The Sleeper returns from a thirty-year absence to cast a killing sleep on the citizens of the city, bringing out the Alpha Team – superpowered Guardians – to battle him. When the Alpha Team saves Justin, a lone survivor of the madman’s attacks, they soon realize they are fighting against someone more diabolical than any other enemy they have faced before.

As the nature of the mysterious Sleeper is uncovered, Vision finds that her connection to the Numinous – a being that grants her the Awakening – is weakening. Can the Alpha Team stop an enemy powerful enough to destroy their own? Will they be able to protect Justin – an unassuming civilian – when they can’t even protect their own members? And will Vision be able to summon her gift to save the city, her friends, and herself?

– Hi Yaasha! I’m SO excited to be chatting with you again over here at Unicorn Quester! For those who don’t know you, can you share three words to describe yourself?

Howdy! I ALWAYS love chatting with you, friend.

Hmm… Three words to describe myself…

First, I’m CURIOUS. I love learning new skills (like drawing, which I’m experimenting with for this #Inktober) and experiencing new things (like driving around the continental US for five weeks straight!) and meeting new people (which is how I met you, Laura!). And, of course, that’s the reason I write speculative fiction; I’m always asking myself, “What if…?”

Second, I’m JOYFUL. Joy is meaningful and infectious! This is especially powerful for me, because I have a chronic illness. Some people in my shoes would be really depressed, but I like seeing my illness as a platform for talking about hope even in pain (a common theme in my books).

Finally, I’m COMMUNITY-ORIENTED. My husband notices that I tend to “collect” people, which is natural for my extroverted, ENFP self! I love finding people who need friends, helping them learn about their unique gifts, and encouraging them to share those gifts.

– I saw your recent drawing for Inktober and thought it was awesome! *hugs* You are amazing, Yaasha! I’m so blessed to have connected with you. <3 I love your recent rebranding as well as your tagline, “Fiction like Fire.” On your website, you mentioned that you are a phoenix in human form. That seems dangerous info to share, right?

It’s a warning to villainous snakes like the Lady of the Green Kirtle or Wormtongue or such serpentine characters, since everyone knows that birds of prey and snakes don’t get along well. 😉

I realized some time ago that my favorite mythological creature is the phoenix. First, it’s beautiful, with fiery wings and a white-hot heart! Most importantly, I love the passion, ferocity, mystery, and reborn hope that the phoenix represents.

– Whew! Glad it’s not a warning to shapeshifting unicorns like me! 😉 So not only are you an awesome phoenix, but you’re married to a Dragon too! Should we be worried that any of your books will “burn” us?

Maybe not “burn” you, but I certainly hope my books will ignite something positive and heroic in all my readers! My Dragon is a big fan of fantasy and science fiction. As we know, dragons LOVE to collect things, and he has been collecting swords and books long before he met me. When I saw his incredible hoard, I fell in love with him and we were married within a year! At our wedding, he and all his groomsmen posed with swords and capes, and we cut our wedding cake with Anduril.

– That’s so awesome! Talk about a dream wedding! I also want to mention that I think you are igniting something positive and heroic as I FINALLY read your novella Without a Vision. I will say that is totally what I felt when I finished! What led you to “branch out” and write a superhero story?

I had been following the niche press The Crossover Alliance, and I had read some of the speculative fiction books that they published. In 2016, the Alliance requested submissions for a superhero anthology. I had never written a superhero story before, but I had had an idea for years. The idea arose from a question. I often wish that I could put my best and most profound experiences and insights into something that other people can experience just as powerfully as I do. What if I had a superpower that could do that? What if I could spark people with my vision? So I decided that it was time to write Vision’s story.

Some time later, I had completely forgotten submitting the story to The Crossover Alliance, and I received an email informing me that, not only was my story accepted, but did I mind if they didn’t put it in the anthology and instead published it on its own?

Of course, I said yes!

– Wow! That’s awesome! I’m so glad they published this story and it worked out because one of my favorite things about Without A Vision was the diversity of the personalities and superpowers. Did anyone inspire the personalities or powers given? Did you relate more to one specific super compared to the others?

I had been watching my brother and his friends navigate the teen years and I think Superfeet came together as a conglomeration of the best and the worst that I saw in teen boys: extreme moodiness coupled with heroic passion. Crazy speed seemed to match the energy that teen boys possess, thus “Superfeet.” I needed someone to temper his explosive energy a little bit, so I chose Blade.

Blade was my version of a millenial: man-bun, beard, easy-going, and mad barista skills. I meant him as a stereotype (because superhero stories tend to run on stereotypes) but he turned into a living, breathing person on me! Before I knew it, he was counseling Vision through her grief and pulling the team together to fight The Sleeper. Oh, and Blade’s superpower of being able to cut anything, even water, with his cool whip-sword? Totally made up because I gave him the name Blade and needed a power that would fit the name!

I relate best to Vision: her passion for truth, her desire to heal. I think if I’d had similar experiences and powers, I’d respond the same way she did. I think she’s a little bit of who I hope to be—a diffuser of great visions. 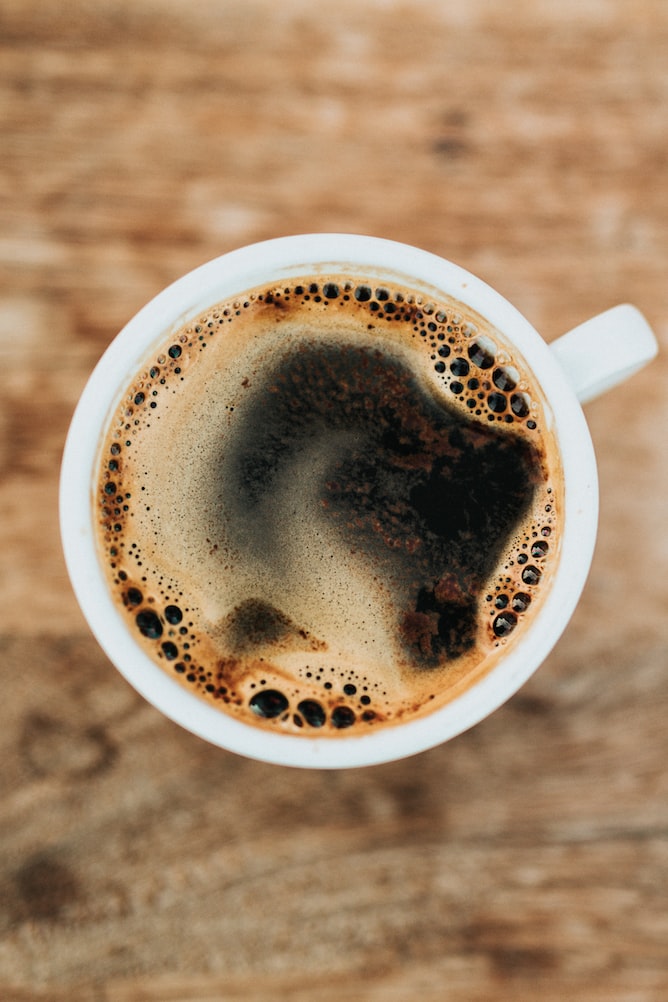 – Oh my goodness, Superfeet and Blade were my favorite too! I also found I related to Vision best as well. I’ve heard on numerous occasions that most authors can’t choose a favorite, BUT I wonder who you would want to hang out with for a day. Who’s the lucky character to hang out with? What would you guys do?

Blade, hands down. He’s just so chill. We’d make coffee and try out a bunch of flavors. All the caffeine would make me bounce off the walls and Blade would suggest a hike in the woods to burn off some of that energy. He’d listen while I talked a mile a minute about all my cool new story ideas until I crashed. Then he’d read until I woke up from my nap, and maybe we’d take turns reading a book aloud together.

Wow. I just described my husband! But he doesn’t have a man-bun. 😉 He does, however, have a fantastic beard and he makes the BEST coffee!

– Ha! That’s so cool and would love to meet you guys one day so I could hopefully tag along on this adventure! 😀 For my last question, you’ve been turned into a superhero! What’s your superpower and super name!

Dun-dun-dunnnnnnn! Meet WORDBENDER! Arriving in a whirl of indigo and flame, she comes to READ! Yes, that’s right, she can read, write, and speak ANY language, ancient or modern. She can read all the ancient texts in their original languages, talk to native peoples in their own tongues, and gather a vast array of knowledge just from her voracious reading—all to further fuel her writing adventures!

– Now that you have introduced this superpower, I want it too!! Maybe one day will get it. 😉 Thanks so much for chatting with me Yaasha! Can’t wait to see what story you’ll share with us next!

Yaasha Moriah is a YA/adult speculative fiction author, the wife of a book-hoarding Dragon, and a lover of all things purple. When she is not writing, she is updating her bullet journal, exploring the outdoors, serving women, and bringing awareness to chronic illness (she currently lives with a functional neurological disorder). Born and raised in Vermont, Yaasha now lives in Virginia with her Dragon.