Author Interview with Sarcasm Instructor and Author Shannon A. Hiner

Shall we bring in this Monday with an interview celebrating news books, unicorns, and friendships?

I’m thrilled that author Shannon A. Hiner is chatting with me about her super intriguing new release, Tears You Apart. (Truly, it sounds amazing and I’m not even a big reader of vampires! #bigchicken) She’s been so patient with me in sharing our conversation when life was trying to deter me.

So, come! Sit with us, friend, while trying a cup of warm drink and let us brighten your morning with talk of good things. 😉

Hadrian Catane never wrote a law he couldn’t keep. Until now. Hadrian’s Laws are very clear on vampire-human interaction: No human can know of the immortals’ existence, and those who do, must die.

Aubrianna Pennington only wanted a quick drive to clear her head. She would have been home for dinner if it wasn’t for the accident. In the dark and the rain, an angel comes for her, but not to take her to the afterlife.

Drawn by an alien pain to a scene of destruction, Hadrian finds Aubri dying. The mysterious bond that connects them allows Hadrian to feel all of her agony. As she slips closer to death, it’s impossible to know if she’ll take him with. Forced to act on instinct, he chooses to save her.

Unrest stirs within the vampire hierarchy. With werewolf attacks on the rise, all eyes are on Hadrian as the leader of the Immortal World. His realm is on the brink of civil war. The last thing Hadrian needs is to show any weakness, but in keeping Aubri alive he may end up breaking every single one of his Laws.

– Hi Shannon! I am SO excited to be chatting with you today! For those who don’t know you, can you share three words to describe yourself?

Hello, Laura, thanks so much for having me! As a writer, I think my three words would be; Daydreamer, Curious, & Merciless.

– Ooo! Should I be nervous about the “merciless”part since I haven’t had a chance to dive into your story yet? *nervous laugh* You mention on your website that you are a sarcasm instructor. What are the three ways of sarcasm you teach first? (I might be a newbie! Hehe!)

Sarcasm is an art, truly. The most important thing is body language (which is why it’s so hard to translate to text & the internet.) In the absence of body language you have to compensate with stellar punctuation (ellipses and emdashes are terrific) and careful word choice. Lastly, it’s crucial to know why you’re being sarcastic. Sarcasm has many applications, but personally I prefer it when used simply for humor, rather than to wound.

– I like the idea of using sarcasm for humor too! Also, I need to jot these helpful tips down. *grabs pen and paper* You also mention that you still believe in “unicorns, vampires, and faeries.” Have you by chance seen any unicorns recently? I’m always on the lookout. 😉

I’ve actually heard tell of a rare black unicorn in my area and once I really thought I caught a glimpse of him. I’ve just received my Unicorn Hunting License, so I’ll be questing for him in the near future. Rest assured, if and when I find him, I’ll be writing his story.

– Eeeekk! Do tell him I said hello if you find him! 😀 Plus, his distant cousin that lives here might want to meet him someday. Congrats on your latest novel, Tears You Apart! What’s one of Hadrian’s Laws concerning vampire-human interaction that you think would be hard to keep?

Most of my characters seem to have the most trouble with the first law, “In the event that a human is exposed to the immortal world, the mortal shall either be killed or turned.” But it’s the first law for a reason, as it keeps their existence a secret. The second law would also be a pain; the vampires are not allowed to know the exact physical locations of any of the immortal cities. As a species who can essentially teleport (called shimmering in the books) to any place they’ve been before, it’s become necessary to limit knowledge in an effort to keep everyone safe and hidden. New vampires are brought in by trusted sources, and no one can point on a map to where they are.

– Ooo! That sounds rather fascinating, though I’m not sure if your characters would agree with me there! Haha! Oh no! You just got sucked into the Immortal World! Which side do you find yourself on?

They say there is three sides to every story, but in the Immortal World everyone is really on their own side, with their own agenda. If I had to ally myself with anyone it would be with the Risqueen clan of vampires. Their leader, Angela Estrada, still practices the faith of her human life, and is trying to find a way to redeem her soul. She’s a prickly woman though, so I’m not sure if she’d let me tag along.

– Sounds like it could be a safe clan to side with! I’ve heard on numerous occasions that most authors can’t choose a favorite character, BUT I wonder who you would want to hang out with for a day. Who’s the lucky character to hang out with? What would you guys do?

If I’m being perfectly honest, I do have a favorite character, but I can’t reveal who that is because I’ve said on numerous occasions that he or she doesn’t fare well in this series. So, the character I’d spend a day with (actually night, because he can’t go out in the day) would be Errin Kaye. Errin is a vampire doctor of a Victorian vintage, and through his medical practice serving immortals, he knows just about everyone in the Immortal World. The good guys, the bad guys, and quite a few of those riding the center line. Through Errin I’d be able to travel the Immortal World in a night and meet so many interesting people. Plus, we both love puns, so the conversation would never be dull. 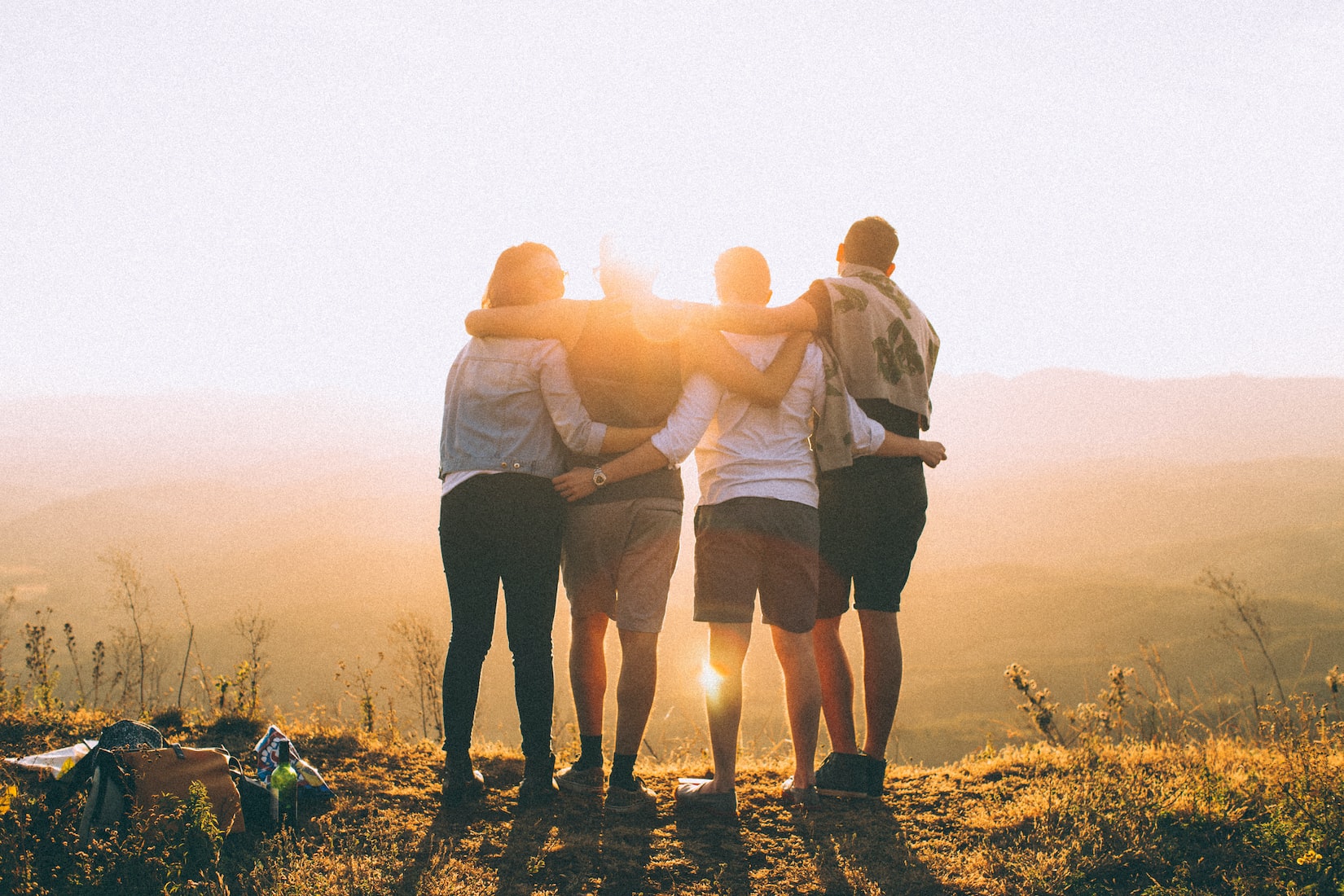 – Puns for the win! Also, Errin sounds quite the “character.” Hahaha! Lastly, on Goodreads you mentioned that (in caps if I might add) “You make no such promises” of things ending happily. (Because bad guys trying to kill said leader and girl is not good.) Yet, what’s one good thing you can assure us readers of that you personally love? 😉

It’s true, not every one of the Immortal World books will end happily, or even tied up in a neat ribbon. However, I can tell you in Tears You Apart the non-romantic relationships really shine. Bonds between family are stretched but never broken. Friendships grow in what once would have seemed the most unlikely pairs and become the foundation of the Immortal World. Each book has new main characters, but the ensemble cast continues to grow and learn, and that’s really the my favorite part of writing this series.

– That sounds amazing!! Thanks so much for chatting with me, Shannon, and sharing some fun details about your series! (I almost said juicy, but it made me think of the vampires, and…oh, just never mind. Haha! Thanks again!)

SHANNON A. HINER lives in far Northern California with her feline roommate, Pangur Ban. She attended and graduated from Butte College in Oroville, CA. Having believed in faeries, vampires & all sorts of immortal creatures her entire life, it came as no surprise to her family and friends when she started writing down her stories in a grossly exaggerated fashion.

After finishing her first book in 2009, Submerged In Darkness, she realized she had written not the first book of many, but the last in an epic series. Since that time, she has been laboring to write & publish all prior books.