Bring on the squeal and fun fest because today’s interview is just that!

Okay, maybe just me on the squealing, but it’s definitely a fun interview. 😉

Authors of The Lochlann Treaty Series were so gracious to answer my nosy questions about their writing process, Logan, and what us readers can expect next.

Check out this gorgeous cover below first though! *heart eyes* 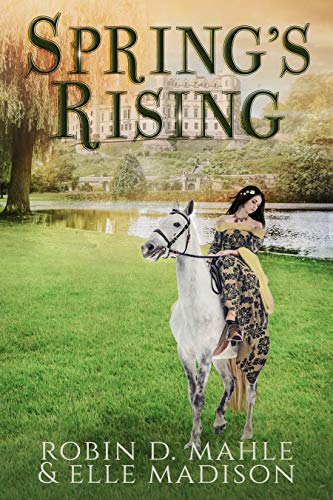 They say ignorance is bliss.

Charlie used to believe that was a lie, but now she’s not so sure.

Though she manages a daring escape from her captors, the black mark of the Aramach is spreading like wildfire, threatening the fragile peace between Luan and H’Ria. Through it all, Charlie tries to overcome the scars she’s brought back with her to be the leader her people need.

Will she and Oliver be able to unite the kingdoms before it’s too late? Or will she lose what matters most?

Purchase on Amazon (Available in KU!)

Robin: Elle is, first and foremost, compassionate. She brings the empathy and emotion into our story because she lives her entire life that way.

Second, protective. Everyone who knows her calls her Mama Bear for a reason. It’s all fun and games until someone mistreats a person Elle cares about.

And third, hilarious. We have writing nights planned all the time where we get nothing at all done because we’re too busy laughing about nothing and everything.

Elle: Hmm…. how to describe the enigma that is the female half of Robin… Lol!

First off – Talented. The ideas and scenarios and dialogue that she comes up with for our books are just amazing.

Second – Loyal. Robin is my best friend, and honestly the best friend you could ask for. She has your back in life like no one else.

Third – Stubborn. Haha! But seriously though… That stubbornness is what got her this far in life. She’s reached goals that should’ve been unattainable because she was determined to make them work. And I’m proud of her for it. 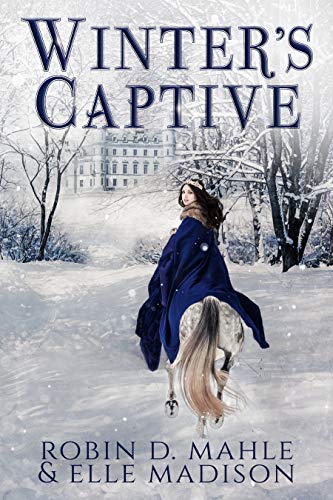 – I love this! Makes me want to call for a group hug with you awesome ladies. 😉 I think it is super cool you are both co-writing a series together!  What has been one of the coolest parts of being co-authors? I know you ladies whipped up a yummy dish together from Winter’s Captive!

Robin: I think the best part to me has been having someone else to fangirl over characters and covers and storylines and successes, and even to take half the burden of the mistakes. It’s more fun to have blips if there’s someone else suffering alongside you. 😛

Elle: Researching medieval history has been extremely entertaining! We have had a blast trying to act out scenes from the book to make sure they were even possible. (Think stuffing ones self into ‘armor’ or wrapping cloaks around the other with our wrists bound) But cooking food from the book was definitely one of my favorite parts. That and making/drinking lots of Hypocras.

– Elle, I had no idea you ladies did that! LOL! Also, Robin I can imagine! As co-authors, what has the writing process been like? Do you have a “system” of how you pen the story? I’ve wondered if it could get confusing when working on a story with another writer.

Robin: System is a strong word for what we’ve got going. Haha. We have scenes we both want to write, scenes neither of us does, but for the most part, we divide up the scenes and one of us writes it and the other fleshes it out. We have a lot of co-writing in person days that help clear up inconsistencies and plot holes, but mostly we just have fun crafting our story together.

Elle: We have gotten into a much better rhythm now, but at first it could be a bit difficult. Now, however, we we both recognize our strengths and weaknesses and tend to cater to those.
We each usually have a vision for how a specific scene should go and when that happens we let the other write it and just make suggestions as needed. We also write together a lot. I go over to her house or she comes to mine and we’re in the same room while writing the majority of the time. It sounds super haphazard… and well, it really is, but somehow it’s all working for us. Lol! 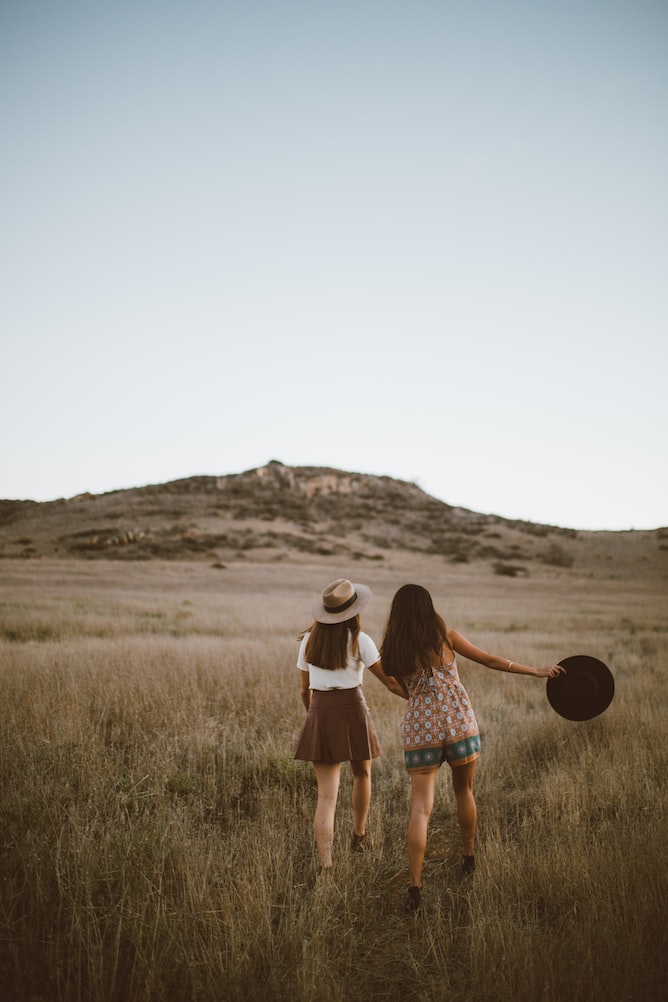 – I would loveeee to be able to pop in on one of your writing nights. Talk about fun! Speaking of writing, so many congrats on the release of your novel Spring’s Rising! In honor of Charlie, do you think you would be the person on board for Charlie’s daring plans and wanting to experience all the things? Or would you rather try and convince her to have a little less dangerous plan to “fix” things differently?

Robin: I’ve been known to be a bit reckless, but I’m more of a planner than Charlie is for sure. I would have gone, but I would have had the next several days planned out in detail. 😊

Elle: Thank you so much! Hmm.. I am definitely a Charlie in this scenario. I am always up for an adventure. I may question our actions later, but I would probably be one to run headfirst into danger with her just for the sake of doing it.

– Oooo! How interesting! In some of our conversations on social media, I’ve made it known that I am pretty hardcore #TeamLogan so of course I must include him into our chat! What is one of your favorite things or attributes concerning Logan?

Robin: Um, everything. No, let’s see…I love how protective he is, even if it isn’t always apparent.

Elle: Oh, Logan… There are so many things I love about him. I think one of my favorite parts of his character is how hard he comes across but how he’s actually got a bit of a gooey center. Like with the thieves or at Bridget and Jimmy’s. You can see a different side to him in those scenes and I love it. 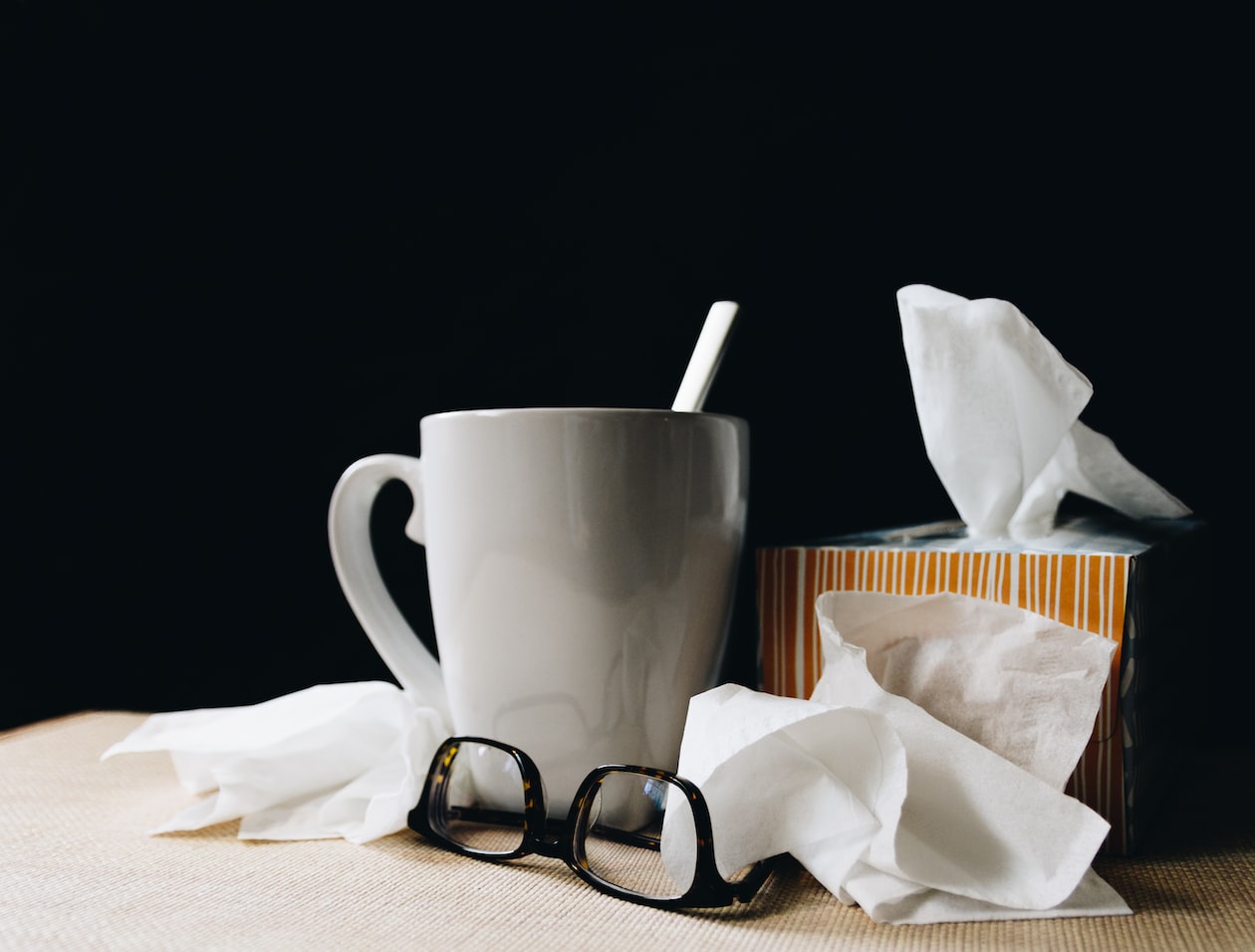 – I think “everything” and “so many things” is a very good answer to describe Logan! I might be bias though. 😉 I’ve heard on numerous occasions that most authors can’t choose a favorite, BUT I wonder who you would want to hang out with for a day. Who’s the lucky character to hang out with? What would you guys do?

Robin: Isla, for sure. She’s chill. We would hang out and laugh and do nothing, pretty much like Elle and I do.

Elle: Just one?? This is tough… I think off the top of my head I would choose the thieves. If I have to narrow it down even further I would probably choose Cray. I think we would spend our day pranking everyone and drinking spiced wine, and just laughing a lot and really what could be better than that??

– Well, don’t forget me when you ladies do! LOL! I know I want to go! 😉 For my last question, are you able to share anything about book three? What we should expect? If it will have more Logan? If we should buy tissues? “Booby dagger” as a certain someone called it? LOL! Wine?

Robin: 100% you should break out your tissues! You can expect a lot more political intrigue and plenty of all the characters you love, and that’s all you’ll get out of me! We can’t all be like Elle (*Coughs* Tom Holland *Coughs*)

Elle: Im always giving away spoilers so I have to be careful! Lol! But yes, you can expect more Logan. And we’ll get to see more of the Realm in the next book, so get ready to finally travel to Luan.

The Booby Dagger may make an appearance or two as well. LOL!

And it’s always safe to have tissues handy when reading our books… just in case.

– Ahhh! I am SO excited! Can’t wait!! Thanks so much for chatting with me, ladies! Can’t wait to see what for book three to release! 😀 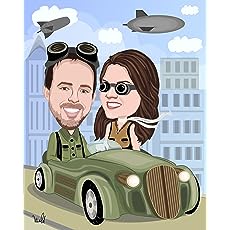 Robin D. Mahle is a husband and wife storytelling team. After traveling the world for love and war both, a story evolved that had to be told. So here we are. 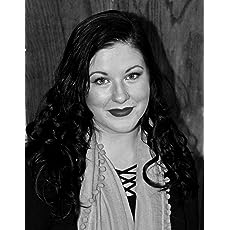 Elle Madison has a lifelong love affair with escaping into the world of books. Trying her hand at creating a world for others to dive into has been a dream come true. Elle spends her days wrestling and snuggling her two little boys and being a giant nerd with her husband. You can frequently find them at Renaissance Festivals as well as Comic Con’s, a.k.a the only places she can dress up as a faerie and it not be weird. Existing on chocolate, pasta, and boxed wine, Elle loves to venture outdoors, explore new places, and volunteer for her community. After a lifetime of searching, she’s found her own happily ever after in Colorado with her little family.