Cover Reveal: Bell of the Night

Have I shared before that Historical Christian Romance use to be the genre I read the most a few years ago?

I think I might have, but if not, I can assure you that it still holds a very special place in my heart.

It is a huge reason why I got so emotional when Monster Ivy Publishing reached out and asked if I would be interested participating in a cover reveal for one of their upcoming releases that’s in this genre (and in the vein of Redeeming Love by Francine Rivers, which is AMAZING)!

It is with such delight to share the cover of Allison Wells’s upcoming novel, Bell of the Night!

A little background: When we at Monster Ivy first received this submission, we were worried it would be too racy for our “Edgy, Clean” brand. But not only did Wells cast a spell on us with her charming style, she kept it CLEAN! Considering the premise, how was that even possible? Well, we’ll tell you. With loads of tastefulness and talent. And Wells focused on an amazing message we all need to hear: no matter how troubled our past, we are never too far from the healing power of God’s love. 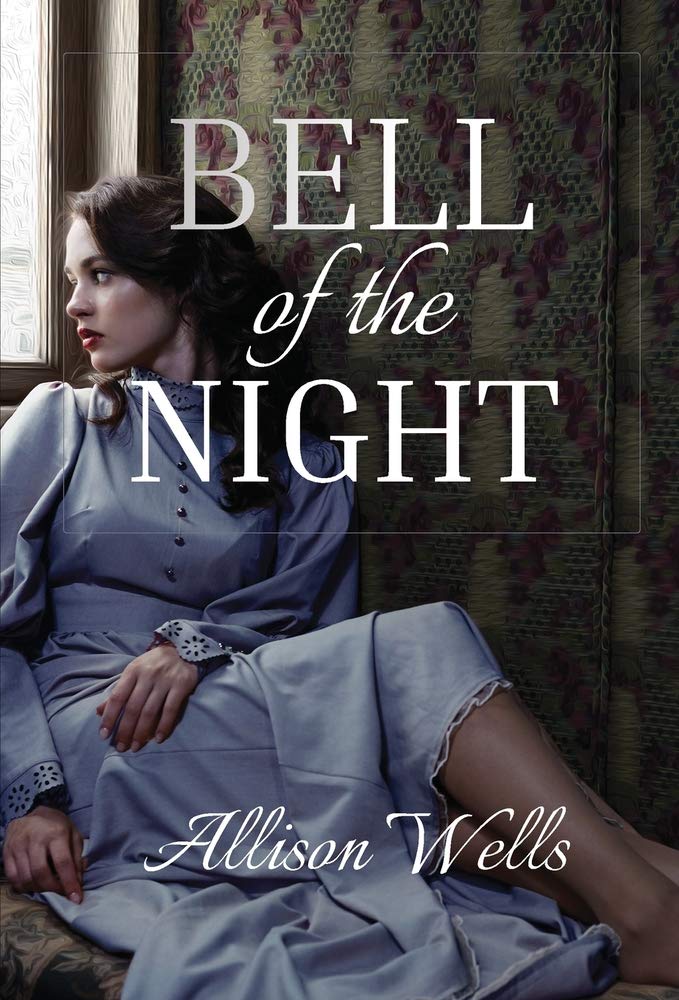 Bluebell was sold to Victoria Knight, a well-known Storyville madam, at the tender age of eleven. Now at nineteen, Bell is numbed to her life—until an optimistic preacher named Teddy Sullivan comes to New Orleans, intent on saving the sinful souls of the South.

Teddy is instantly drawn to the petite brunette with sad eyes and longs to rescue her. Bell, however, decides that saving her friends from selling themselves in the Storyville cribs is more important than saving herself. In a fit of selfless desperation, Bell convinces Teddy to marry her best friend, which Teddy agrees to do while cooking up plans of his own.

When a handsome and rich client offers to take Bell from the brothel, Bell thinks all her prayers are finally answered, until she is forced onto the street with nowhere to go.

If Bell isn’t able to see that God loves her regardless of the path her life has taken, and Teddy can’t help Bell get even more of her friends out of Storyville, both risk not only losing sight of God’s plan … but each other.

A compelling story of redemption, Bell of the Night is an unflinching reminder that no matter how troubled our past, we are never too far from the healing power of God’s love.

Allison Wells is a new author, but for the most part she’s a Southern wife and mother. With four active children, she spends most of her time in the car, but when she can she loves to sit down and read or write. Allison is a graduate of Clemson University in the beautiful foothills of South Carolina and she still lives close enough to hear football games on Saturdays. Visit her website at www.allisonwellswrites.com.