Friends, I am so very excited for this interview today!

What makes this interview so special?

This story takes place in the state I live in! Woot woot!

I sadly haven’t had a chance to read it yet, but I am thankful that I had a chance to chat with Allyson during the week of her relaunch of Can’t Beat the Heart of a Carolina Girl.

Grab a hot drink and come sit with us as we chat about self-publishing advice, writing, and favorite high school memories! 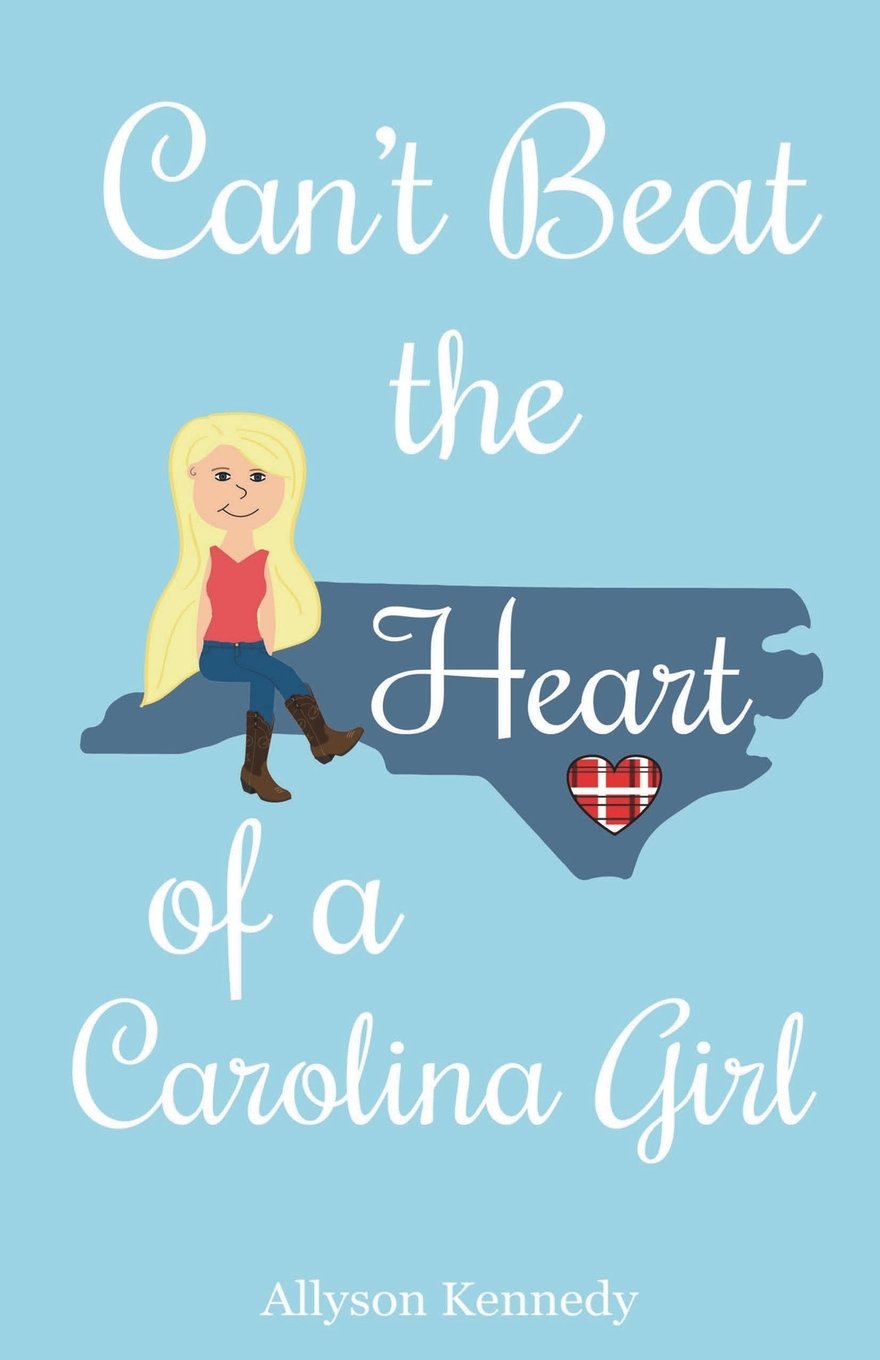 Does the quality of a yearbook picture have the power to predict how a school year will turn out? Riley Houston seems to think so, as her photos from middle school depicted the life of a loner, the school’s residential ugly duckling. After summer vacation is spent rebuilding her self-confidence, Riley finds herself on the radar of her long-time crush, Brett Harvey. For the first time, Riley believes she’s on the verge of a breakthrough… that is, until she has to recite an original poem in class.

Will she enter high school as a swan, or will the newfound attention make Riley question everything she’s ever wanted? Is seeking to be known worth straying away from who God made her to be?

– Hi Allyson! I am SO excited to be chatting with you today! For those who don’t know you, can you share three words to describe yourself?

Hi, Laura! Thanks for having me on Unicorn Quester, it’s great to be here! Three words I’d use to describe myself are: imaginative, driven, and bookish.

Thank you! Though I’ve been a Christian all my life, I didn’t read any YA Christian fiction stories until around four years ago, when I was twenty. I had read mostly mainstream YA before that and found the explicit language and sexual content in some of them to be too extreme for my liking, so I searched Goodreads for clean or Christian YA. Some of the first Christian YA books I read were Becoming Nikki by Ashley Elliott, The Ellie Sweet series by Stephanie Morrill, and Me & My Invisible Guy by Sarah Jeffrey, which has Christian undertones. By this point, I had already penned Can’t Beat the Heart of a Carolina Girl, but I went back and included some Christian elements in the novel (though it isn’t heavily featured) after reading those books, because I felt God was leading me to write for this genre.

– Goodreads is such a wonderful place to find new reads. (Maybe too many sometimes. :p) You also mention on your website that you’ve penned short stories, poems, song lyrics, and two novels. Do you enjoy writing different mediums often or more of when you feel inspired?

Poems and song lyrics most often only come about when I feel inspired. I’ve tried sitting down and writing those on a whim before, and they rarely ever turn out good. I mostly enjoy writing novels because they allow me to dive deeper into storytelling, but short stories are fun if I’m wanting to experiment with an idea.

– The same is true for me with poems. Also, I enjoy the deeper storytelling novels allow too. Congrats on your relaunch of Can’t Beat the Heart of a Carolina Girl! What has been your favorite part of the self-publishing process? (I’m an aspiring self-publish author and would love to hear what made you want to pursue publishing your story.)

Thank you! My favorite part of self-publishing in general is that I have total creative control of my books. There are no deadlines (unless they’re self-imposed), I make the editing decisions, I choose the cover design, etc. I feel like self-publishing allows authors to tell their stories their way, as it should be. As far as the overall self-publishing process goes, my favorite part has been making check lists and plans for what needs to be done in order to publish by the date I have in mind. These checklists end up being the most invaluable tool for me, because it’s a written reminder of all the steps I’d like to get done before publishing: writing, finding beta readers, editing, creating a Goodreads page for the book, marketing endeavors, etc. Basically, the entire self-publishing process I’d like to pursue is boiled down into these lists, and I highly recommend aspiring authors create their own lists when they’re ready to pursue self-publishing.

– The same reason you want to self-publish is the same reason I want to as well! Also, I think your advice is spot on. I love the question you pose with the book description of your story! “Does the quality of a yearbook picture have the power to predict how a school year will turn out?” If someone you knew (or maybe didn’t know) asked you this, how would you answer?

That’s a great question! I would have to say that I believe a yearbook picture can give insight into how a schoolyear will go. Like the main character, Riley, back in middle school my yearbook pictures were awful. Back then, I lacked confidence and disliked school, and both of these factors were reflected in the pictures. In turn, middle school was what I now refer to as “the dark era” XD. Once I garnered some confidence, both my yearbook pictures looked better and I had better schoolyears in high school.

– I think you have a really good point. Thinking back over my middle school pictures, I can say the same is true for me as well. I feel it wasn’t until I graduated high school that my pictures had more confidence though. 😉 I’ve heard on numerous occasions that most authors can’t choose a favorite character, BUT I wonder who you would want to hang out with for a day. Who’s the lucky character to hang out with you? What would you guys do?

Though it’s a tough decision, I kind of break the mold on this. If I had to pick a favorite character from Can’t Beat the Heart of a Carolina Girl, it would be Carter. He’s sweet and a gentleman, which is rare in today’s society. But… if I had to choose which character I’d want to hang out with for a day, it would be his best friend, Trent. Trent’s a goofball and I feel like even roaming the aisles of Walmart would be an adventure with him around. XD

– Ah, that sounds awesome! I love a character who could make a random Walmart trip fun! Lastly, what’s one of your favorite memories from high school?

One of my favorite memories was during freshman year, when my friend Hannah and I would make up these crazy comic strip-like stories whenever we had downtime in class. I think Riley and Taylor end up doing the same thing in Can’t Beat the Heart of a Carolina Girl, but one of the stories that I remember best was about a cat named Pedro who drives a monster truck. We kept ourselves entertained, that’s for sure. XD

– That sounds like SO much fun! I still remember one of my friends penning a story in her spiral notebook that I totally wanted to devour. I wonder if she published it. Anyway, thanks so much for chatting with me, Allyson!

A native of eastern North Carolina, Allyson Kennedy fell in love with writing at age seven while filling the pages of her Mary-Kate and Ashley notebook. Dozens of notebooks later, Allyson has penned short stories, poems, song lyrics, and two novels. After the second of her three writing contest wins at the University of Mount Olive, God planted a seed in her heart to pursue self-publishing her debut novel, Can’t Beat the Heart of a Carolina Girl. When she’s not writing, Allyson enjoys reading, blogging on her website, Authoring Arrowheads, reviewing books and movies for Indie Christian authors and filmmakers, and following God’s plans for her life. Her next release, Speak Your Mind, is set to be published in November 2018.

Wednesday, July 25th: Kate Willis // Author Interview via Once Upon an Ordinary